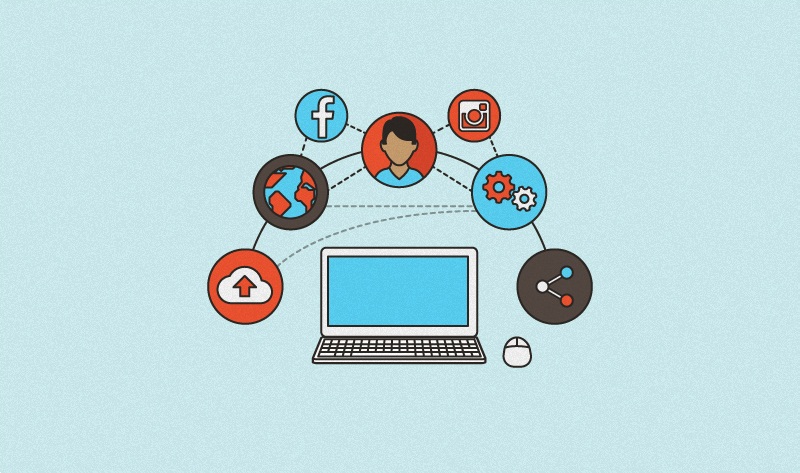 You must be wondering on why to spend so much time and energy on your social media marketing strategy? Do you know the number of people using social media globally? You will be surprised! Believe it or not, there are over 2.206 billion active users on social media, a global penetration of 30%, reveals Social Media Today. Also, according to Surveybee, 1.925 billion users utilize their mobiles for logins to social media platforms.

After reading these stats, you must be convinced what potential social media has in engaging people worldwide and helping you grow your business. Therefore, its time you start putting up your marketing acts together. To make things easier for you, we have jotted down 5 most important trends for social media marketing that will dominate 2016. Have a look!

With the emergence of Periscope and Meerkat, we predict that live video streaming might take center stage in 2016. Because all it takes is a smartphone to live stream videos on the go! According to Dailydot, Periscope generated a buzz of about 51,000 tweets on the day of its launch. On the other hand, Meerkat has been steadily climbing since its launch and has accumulated over 200,000 tweets, though it’s yet to peak past 23,000 in a single day. Instagram and Snapchat also support in-the-moment updates. Such apps are the new thing in social media and their craze amongst users will only grow in the years to come. So, you too, like other brands, should use these apps to your advantage. You can show what’s happening at your office (something like behind the scenes) and include your audience into debates or stream your conferences and ask your audience to leave their comments or feedback.

For instance, DKNY in one of its Periscope sessions did live streaming of their closet, which allowed viewers a rare glimpse at their wide array of designer clothes.

Yes, social is getting ‘commercial’! While social media networking giants such as Facebook, Twitter and Pinterest already introduced buy buttons in their apps in 2015, others are likely to follow the suit in 2016. These platforms will be like virtual shops. A person who sees a product will be able to purchase without logging off from the site or the app. So, now you can use social media not only for content marketing but also selling your products by using integrating buy buttons. There are already many small businesses that are jumping on Twitter’s ‘buy button’ integration. But just integrating ‘buy button’ wouldn’t help you attract sales, you’ll need to make sure that your Twitter page design is able to take elements of your brand and showcase it to the world in a way that’s even more awesome. Everything on your Twitter page from your logo design to your product descriptions and from your content to the overall voice of the design, must resonate well with your target audience.

With the ever-increasing number of hacking incidences each year, we are scared that 2016 might also not be spared. The security breach of Ashley Madison, a site that had contact, addresses and emails of “spouses who wanted to find a fling online” has scared almost everyone that uses net. The privacy concerns amongst users will only grow in the years to come. Here, it is important that the marketers respect the fact the people might not want to share their contact or address on social media. Therefore, make sure you don’t ask your customers to disclose any personal detail in a public forum. Rather, make use of email marketing or direct messages in such situations.

Content posted on social media sites drives huge traffic. An article in Huffington Post cites that 87% people claimed that Pinterest helped them decide what product to purchase. Moreover, these social media sites are frequently crawled by search engines crawlers such as Google, Yahoo and Bing that index new pages with keywords and links quickly. So, if you have provided enough quality backlinks to your site, you’ll definitely see it ranking well on SERPs. According to Acronym.com, Google has already rolled out social features such as SearchWiki, SideWiki, and Social Search that gather data on how real people interact with their favorite websites. Therefore, being active on Facebook, Twitter LinkedIn and other social media sites means having better SEO tomorrow.

For instance, Pinterest is a great example of a social media platform that makes your content both searchable and sharable.

Users always crave for peer-to-peer advice. Telling people your business is the best through a traditional mediums such as ads wouldn’t urge your target audiences to open their wallets. However, when they hear the same message from influences, they may be persuaded to do so. Do you know that 70% people rely on online reviews before making a purchase (Source: Consumerist.com)? Therefore, as a marketer, give preference to partnering with social media influencers. The visibility of your brand will drastically improve if a socially famous person says something or writes about it. According to Wersm.com, 92% consumers trust recommendations from other people over branded content. The following stats may urge you to convince your boss to partner with the social media influencers in the year 2016.

2015 brought some surprising news and trends in terms of how businesses are using social media and we hope the same from the year ahead. While Pinterest, Periscope and Meerkat have become popular with the masses, there are chances that there will be a plenty of new additions to these trends in the year ahead. For now, just include these 5 social trends in your marketing strategy and see on what level it takes your business.

Did you know that the manufacture of #plastic requires a significant amount of #coal?

The Science Behind Your Glasses