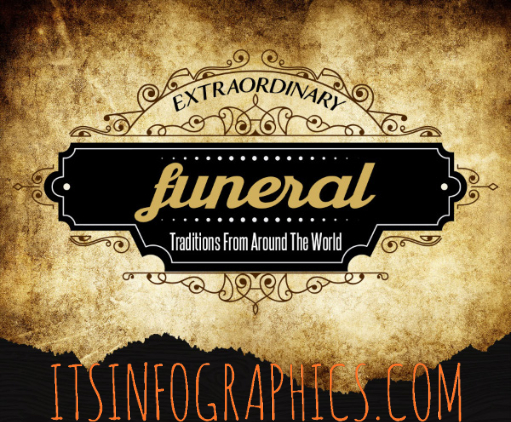 Across the world, a variety of different religions are celebrated, each one boasting its own distinct characteristics and customs. Within each of these faiths, there are also many diverse funeral and burial traditions, some of which may seem quite shocking, perhaps even irreverent and disrespectful, to people from other religions. However, all funeral practices are important to those who observe them and deserve to be acknowledged respectfully.

This infographic by U.K.-based funeral services company RHC Funerals is a really eye-opening and informative tour of some of the less common funeral practices worldwide. Are you familiar with the Chinese ritual of sky burial, or the suspension and public display of coffins which is also observed in the world’s most populous country? Also, did you know that people in Madagascar practice a custom named Famadihana, where mourners dance around a tomb to the sound of live music?

The sheer diversity and speciality of all of the customs described in the infographic make for a fascinating read!

0 0 0 0 0
Previous : Are you a great boss or a horrible one? [#Infographic]
Next : Are Hashtags Really Useful for Twitter Marketing?