Twitter is kind of a big deal, especially when you consider that 66.7% of all public brand mentions on social media happen on the platform, according to Econsultancy. It’s the key battleground on which your social reputation is won or lost, so everything from the profile information to content being tweeted out needs to be spot on for your brand to succeed or at least survive on the channel.

Sometimes you may be stuck for what to say, or you want to be more strategic in your Twitter actions and try and get people to listen to your brand amongst the constant stream of information and content. Writing a tweet requires thought and a reason behind it, so some posts might differ from others depending on its purpose as well as the intended audience.

Hubspot went through some Twitter feeds and found that there seem to be recurring patterns in common types of tweets, particularly those which generated more interactions than others. This infographic shows the most popular Twitter ‘formulas’and a breakdown of the basic structure when it comes to constructing a post. Experiment with some or all of them depending on your aims and audience to see which are effective and get people taking notice of your tweets. 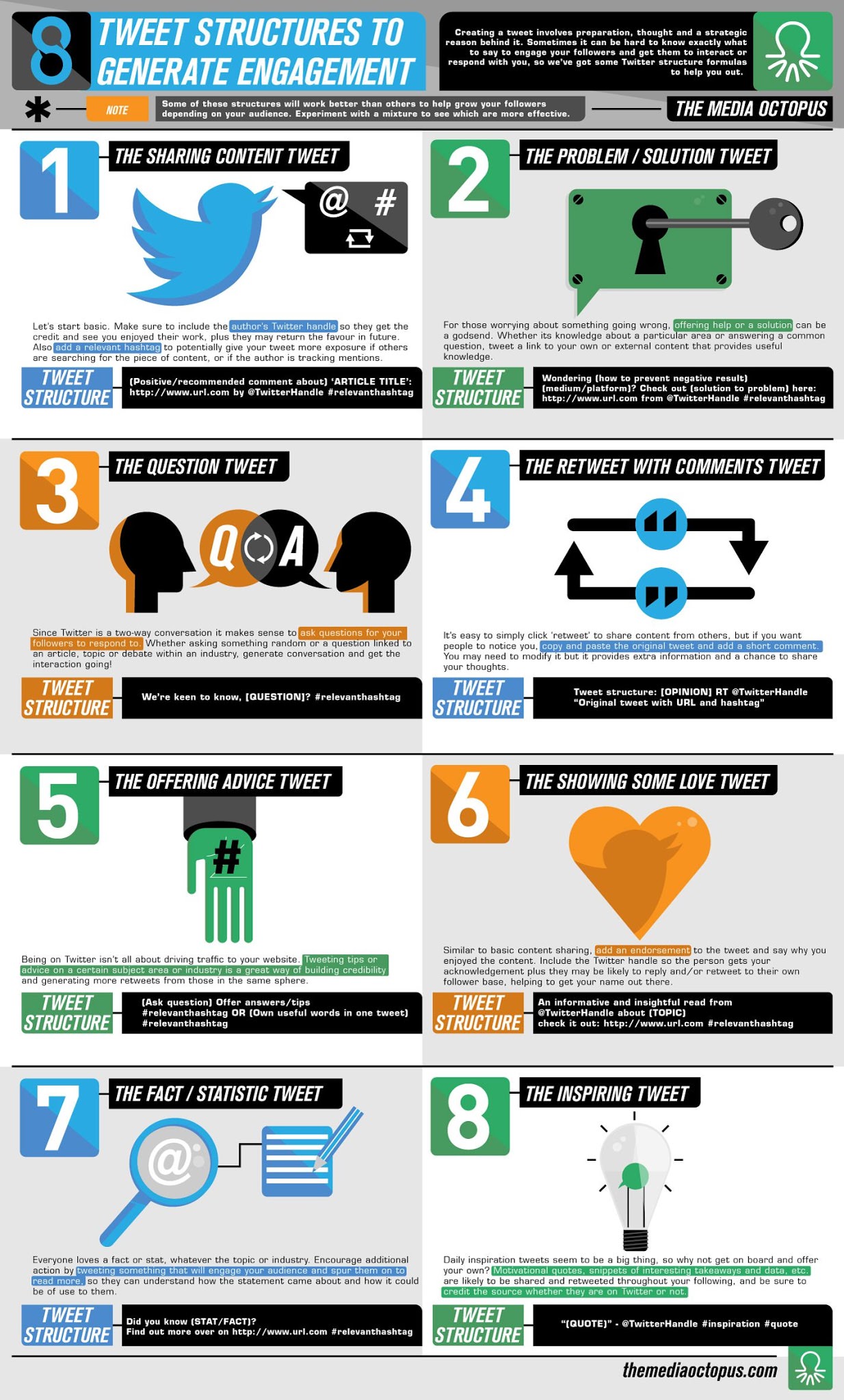