Last week, a CDC infographic went viral — but they probably weren’t happy about it.

The health agency had released guidelines recommending that non-pregnant women consider a potential fetus’s health when deciding how much to drink, or whether to drink at all. And the accompanying infographic suggested women who drink more than eight drinks a week might be at risk of “injuries/violence,” cancer, and unintended pregnancy.

The agency’s message was mercilessly ridiculed across the internet for suggesting that all young women should be constantly worrying about future pregnancies. Anne Schuchat, the principal deputy director of the CDC, defended the agency’s intentions. “We weren’t as clear as we had hoped to be,” she told the New York Times. “Some of the coverage that portrayed the C.D.C. as only thinking about women as incubating babies was a big misunderstanding of our attitude.”

At some point since then, the CDC quietly changed the infographic, as first noted on Wednesday by bioethics commentator Kelly Hills on her blog, Life As An Extreme Sport. And in the hours since Hills’s post went up, the agency has removed the offending section of the graphic entirely.

“The CDC has a credibility problem,” Hills told BuzzFeed News. “Changing graphics in the response to outrage without acknowledging the outrage or why it existed doesn’t help their credibility, it just hurts it further.” 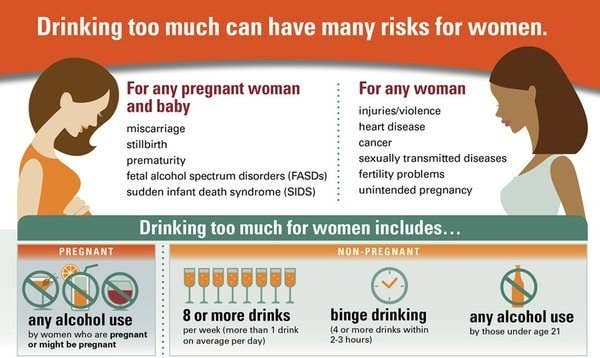 Then, they changed it to this (note the man): 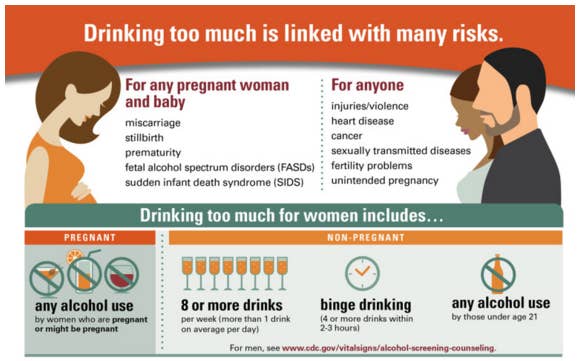 And now, as you can see at the live link here, it’s gone. Amazing.

On Thursday, the CDC emailed BuzzFeed News a statement:

“This Vital Signs was about fetal alcohol spectrum disorders, which are caused by women drinking while they are pregnant, sometimes in the first month when they might not yet realize they’re pregnant. In our efforts to make sure that women who needed the message could hear it, we weren’t as clear as we hoped to be and we offended people. We are sorry and hope they can understand that our focus was getting this message to women who are pregnant or planning a pregnancy and want to do everything they can to have a healthy baby.”

0 0 0 0 0
Previous : 18 Mistakes Every Startup Should Seriously Avoid
Next : What We Spend on Valentine’s Day