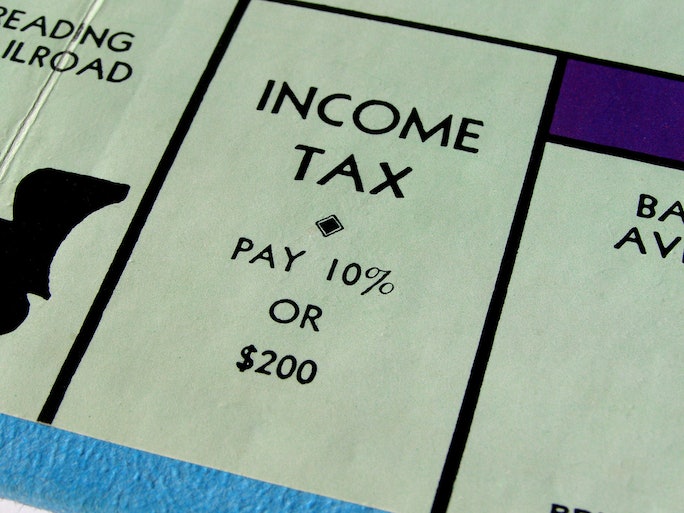 Have you filed your taxes yet? No worries if you haven’t; the deadline is still about a week away (April 18, 2016, for the curious). You’ll still want to make sure you’ve started collecting all the documentation you’ll need to do it, though — especially if you’re filing taxes as a freelancer. There’s no denying that filing taxes when you’re self-employed is a pain in the butt… but that’s where this infographic from Micah Fram, CPA comes in. It’ll walk you through the basics of the self-employed tax process, and if you’re anything like I was when I was filing as a freelancer, every little bit helps.

I actually learned how to do my taxes as a freelancer — that is, my very first foray into the world of filing your own taxes came with a whole bunch of extra complicatedness anyone who learned how to file their taxes in a salaried position didn’t have to worry about — but honestly, doing so probably taught me more about things like budgeting and how important it is to keep track of literally everything financial in your life than anything else possibly could. The biggest lesson I took away is also probably one of the most “Well, duh” ones — and yet it’s one that can be surprisingly difficult by which to abide: Don’t spend money you don’t have.

This is easier said than done, of course, and individual circumstances will vary greatly. Probably the single greatest factor in my ability to keep to this rule is the fact that I was debt-free — something which I was very, very fortunate to be. But the bottom line as a freelancer is that, since your taxes aren’t automatically taken out of your paycheck, you have to make sure the money you owe the government is available both when you’re paying your quarterlies and when you’re actually filing.

What worked for me was dividing my base income — that is, the minimum amount I could expect to make each month — into quarters: One quarter went to rent, groceries, and other bills; one quarter went into my savings; one quarter was my general spending budget; and one quarter got set aside for taxes. Anything I made beyond that base minimum also went into my savings; that way, if I owed more taxes at the end of the fiscal year than the amount I had already set aside and paid quarterly, the money was readily available to make that payment. Anything extra I had left over after filing my taxes in April stayed in my savings, as well.

Again, this is just what worked for me; your situation might be different. But ever since then, I’ve kept up the habit of dividing my income into chunks and designating a specific purpose for each chunk. My rules for myself are simple: Don’t lend money from one chunk to another, and for the chunks that are for spending — either for rent, groceries, etc., or for “fun stuff” — don’t overspend. It’s not a complicated system, but it works.

That’s the sort of stuff this infographic won’t tell you. The graphic itself, though? It’s a pretty good cheat sheet. It’s not the only guide you’ll need — it would be pretty much impossible to jam the entirety of how to file taxes as a freelancer into one, single graphic — but it’s a good place to start.

0 0 0 0 0
Previous : IoT Day: A timeline of how IoT is changing the world
Next : Men’s Fashion Tips: 4 Rules to Select the Right Watch Size [#Infographic]