An astounding 79 percent of Americans believe that television violence could spark real-life violence, yet by the age of 18, on average, viewers will have seen 200,000 acts of violence. In contrast to North America’s large amount of reality TV programs, viewers in Latin America may see more programs that encourage healthy living and education.

Television subscriptions may be used by nearly 17 percent of all global households, but the content seen by each household can be drastically different. Even though this may be true, it says quite a bit about how TV is changing our world each day. Want to learn more? Check out the infographic below from direct-ticket.net. 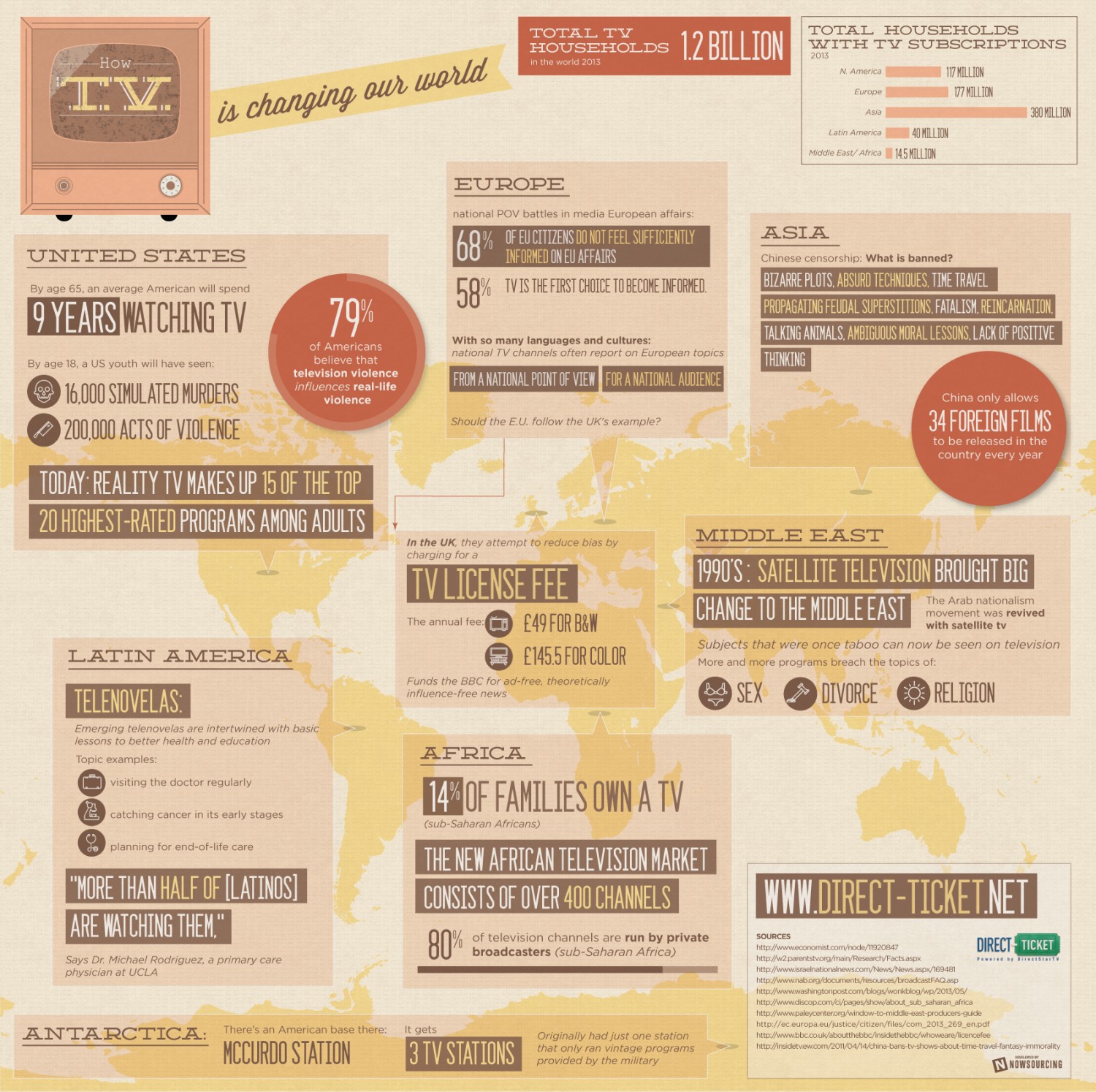 0 0 0 0 0
Previous : Nine steps for creating an eye catching infographic
Next : 5 Hobbies That Will Make You Smarter