A series of infographics that show what the most Googled product is for each country of the world has been sweeping through traditional and social media over the last several days – in a shocking turn that confirms widely held stereotypes around the world. How much does a camel cost in Saudi Arabia?

How much does a Ferrari cost in the UAE?

How much a prostitute cost in Brazil?

How much does a slave cost in Mauritania?

How much does it cost to fly a MiG in Russia?

United States-based website Fixr.com researched what the top results were from Google’s autocomplete feature for every country in the world using this basic formula: “How much does * cost in [country]?” 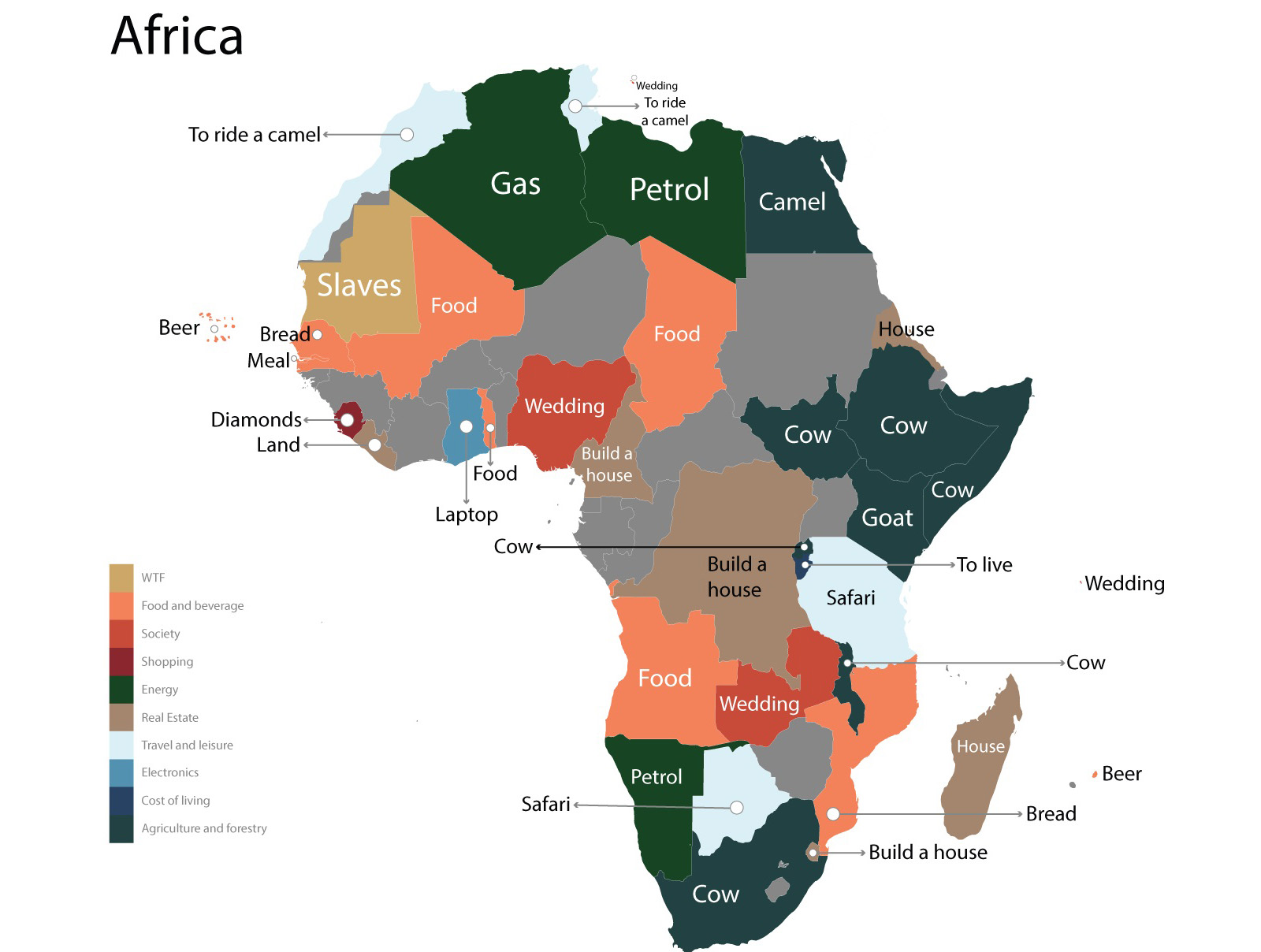 While some are pointing to the results as evidence of what the most-searched-for product is IN every country – that’s not what the maps show. Google’s autocomplete takes into consideration the searcher’s location, so assuming that Fixr.com’s searches were all completed in the U.S., the results are biased toward what Americans want to know about each country.

It turns out that Google searches for the cost of something vary widely depending on the country of interest. For example, people are most interested in the cost of a passport or a patent in North America. As for Europe, many are concerned about practical things like the cost of living, studying, or buying a beer. Google users are interested in basic necessities such as food, livestock, and fuel in Africa. But if you look closely, you will find some more controversial search results, such as prostitution in Brazil, Ukraine, Hong Kong, and Latvia; slaves in Mauritania; a kidney in Iran; in vitro fertilization in Australia; and rhinoplasty in Korea. 0 0 0 0 0
Previous : How to Create an Infographic Resume Free of Cost
Next : Longer and Positive Status Updates Attract More Facebook Friends, Fans and Likes

A Practical Guide: How to Make Money When Your Blog is Brand New