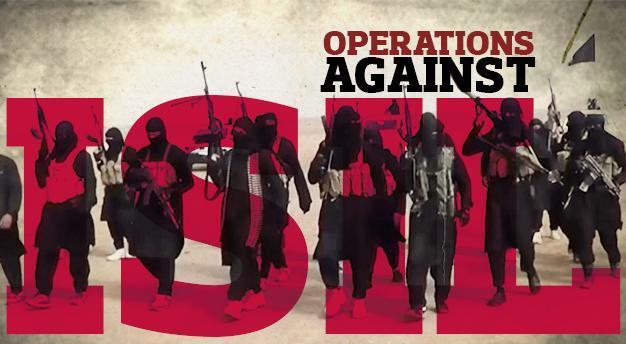 One-third of all suspects detained as alleged members of the Islamic State and Iraq and the Levant (ISIL) in Turkey since 2013 have been foreigners, according to police sources.

The police officials, who spoke on condition of anonymity, said a total of 2,545 suspects have been detained in anti-terror operations against ISIL, adding that of those, 810 have been foreign nationals.

Turkish security forces detained 230 suspects in 2013; 78 were put behind bars and, of those, 12 were foreigners, the police sources said.

In 2014, the number of ISIL members detained in operations across the country was 615. This included 240 foreigners; 87 of the total were jailed, and, of those, 21 were foreigners.

In 2015, a total of 1,700 suspected ISIL members have been detained, and this figure includes 492 suspects who were foreign nationals. Of the total, 419 were sent to prison, including 95 foreigners.

The officials did not reveal any details about which countries the foreign nationals came from.

During the operations, a large number and variety of arms and ammunition has been seized, including 19 long-barrelled arms, 170 hand grenades, 51 hand-made explosives, 98 pistols, 84 rifles, 341 kilograms of explosives and 18,091 cartridges.

Among the arms were 42 sharp objects and 50 explosive belts. The officials also revealed ISIL has not claimed responsibility for a number of attacks in Turkey. Police, however, suspect some bomb attacks have been carried out by the group in the country.

The manhunt against ISIL members escalated after an ISIL suicide bombing killed 33 people in southeastern Şanlıurfa province on July 20. Another blast killed more than 100 people in Ankara on Oct. 10. 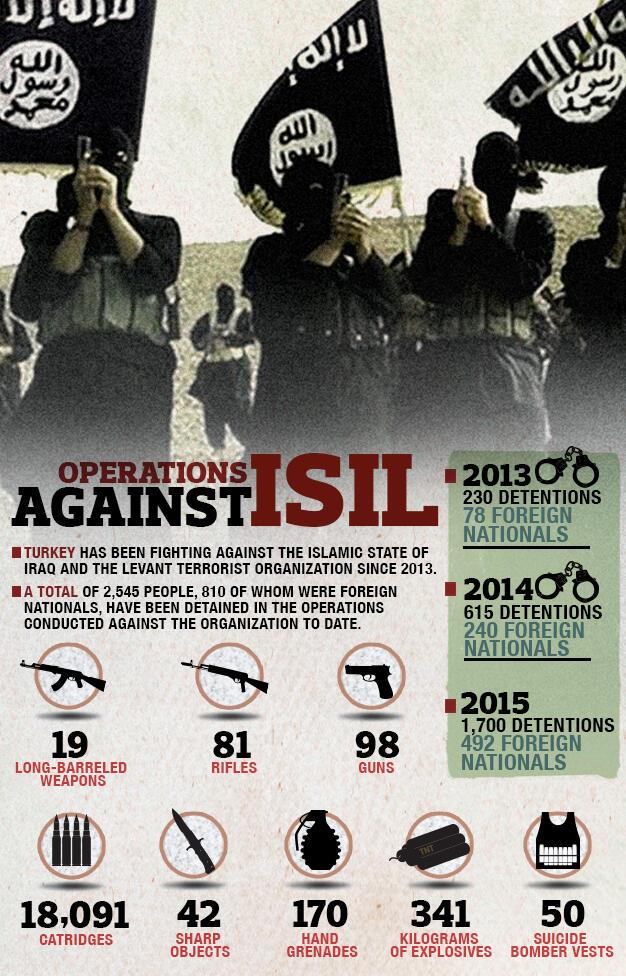 0 0 0 0 0
Previous : Learn the hacking risks of Internet-connected cars with this infographic
Next : Generations in the workplace