On November 9, 1989, the Berlin Wall, the structure that divided a city and was the source of tremendous political controversy was finally taken down. While reunification has been a long and challenging process, Berlin has become a thriving city, featuring some of the most active and exciting artist communities in the world. From graffitti to installation, youth culture has reclaimed the city to forge a brigther, more positive future. This advancement, in only a quarter of a century, is remarkable for those who lived in a brutally divided city.

Don’t quite remember what it was all about? Here are a few infographics that shed light on the political background, the wall, the death tally, and the overall significance of the event. 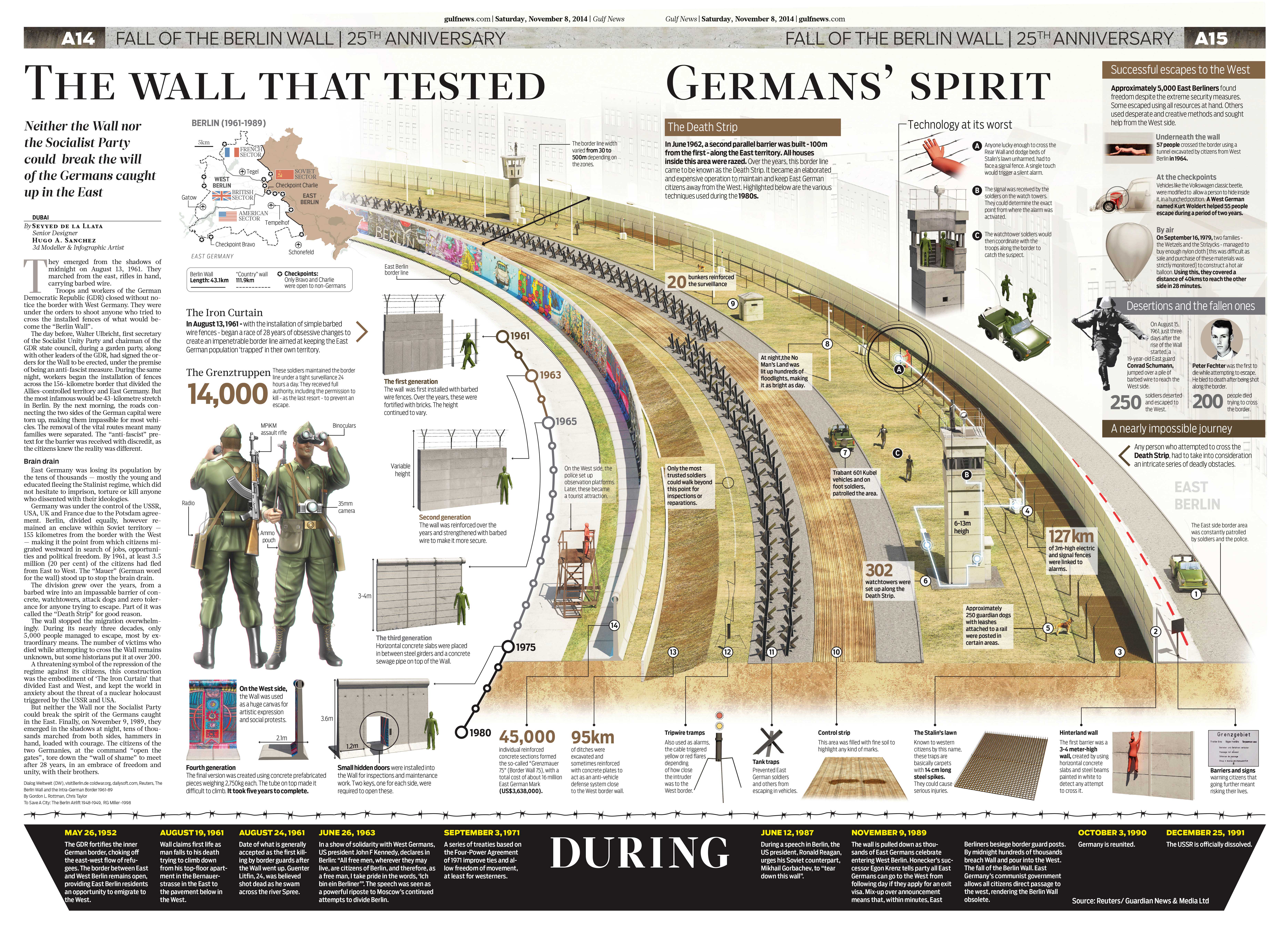 0 0 0 0 0
Previous : Sports General Managers: How to do More With Less
Next : Making a Splash: Fast and Fascinating Water Facts