Infographics posted to a pro-ISIS Twitter account claim to explain the Islamic State’s motivations for unleashing a string of attacks across the French capital.

One infographic that Vocativ discovered using our deep web technology offers four reasons for the deadly assaults including French colonization of Muslim nations, France’s role in an anti-ISIS coalition and the country’s role in “helping USA in its wars.” It also says France has humiliated Muslims with its controversial headscarf policy. 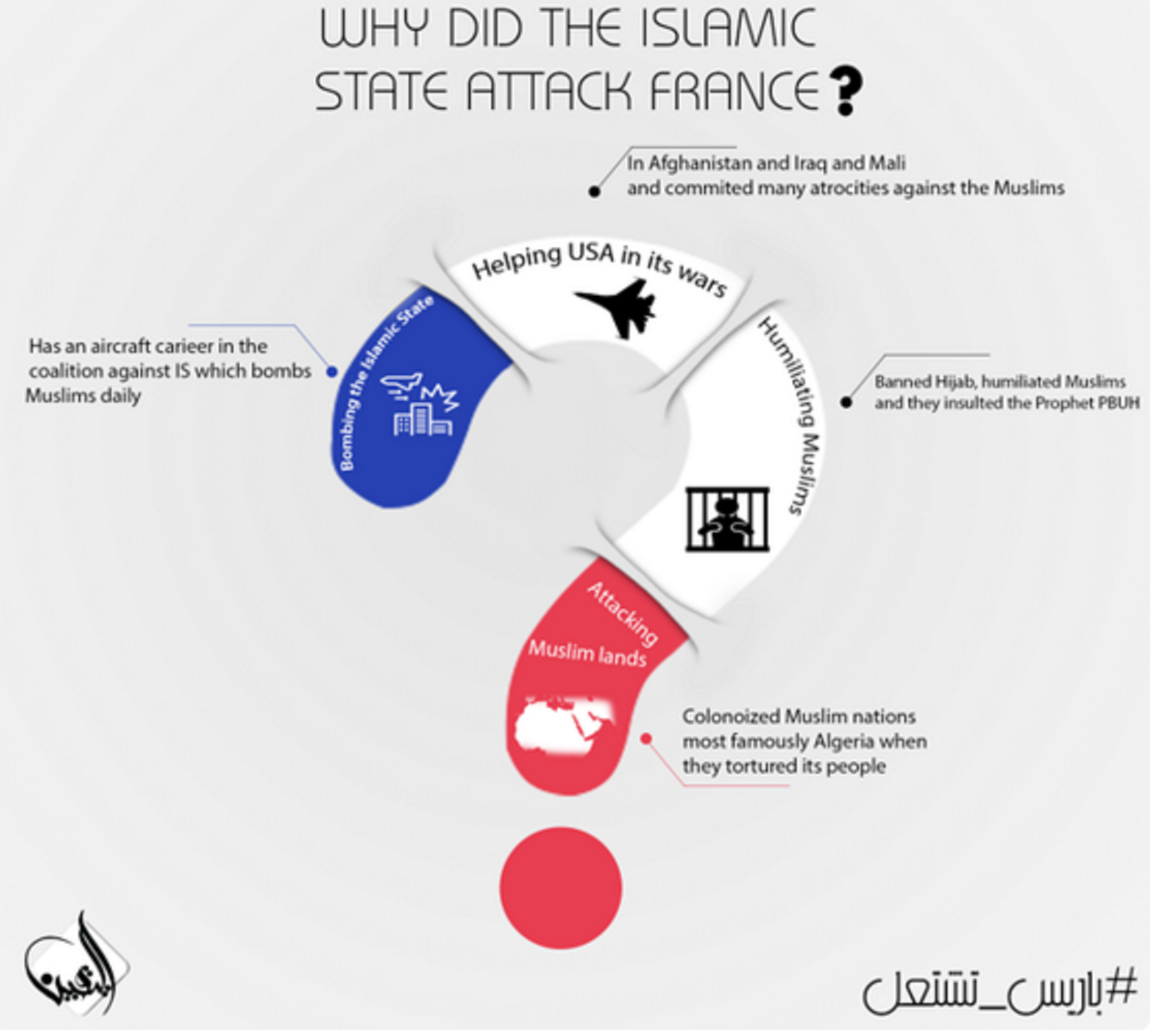 The second image outlines the number of jihadists who were involved in the violence, and the number of people supporters say were injured and killed. It claims more than 200 people died in Friday’s attacks, although authorities put the death toll at 129 people.

The infographic pictures an ISIS flag on top of the Eiffel Tower, boasting: “The Eiffel Tower’s lights were turned off for the first time in decades”—something ISIS deemed a success while countries around the world were in mourning. 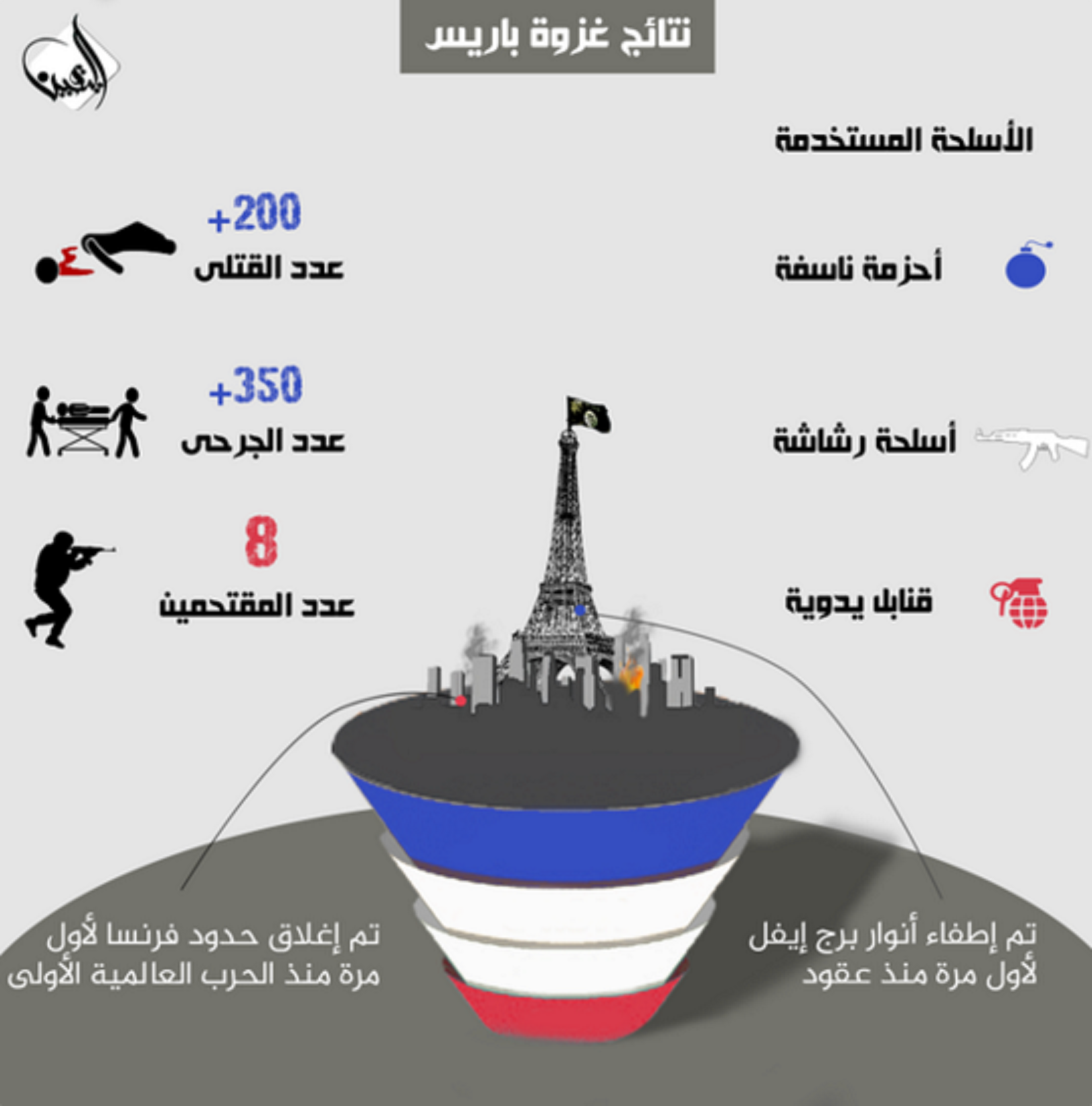 This isn’t the first time the terror group’s sympathizers have used infographics. Earlier this month, several were published detailing statistics on suicide attacks that ISIS carried out across Syria, Egypt and Iraq during September and October.

The latest infographics were published on Wednesday as part of broader gloating and celebrations among ISIS supporters over the Paris attacks. After Friday’s violence, they flooded Twitter with the hashtag “Paris in flames” and posted a slew of violent and horrific memes. Many also changed their Twitter profiles with images of the French flag stamped with a black footprint.

The Revolution of the Hashtag

Hoteliers: How to thrive in the post-digital era

A Practical Guide: How to Make Money When Your Blog is Brand New

Are you a social leader? Consider adopting this leadership framework.

Basquiat: From Samo to Soho to Stardom