This one is pretty interesting. To start off with the top image shows where the highest percent of subprime loans were give out and what percentage of those loans are now in foreclosure. First the map is color coded with darker colors indicating the areas where subprime loans accounted for a high percentage of all mortgages given out. Second height shows the percent of subprime mortgages that are now in foreclosure.

The two smaller maps below help explain some of the difference. The first map shows the construction boom from 2004-2007. Basically areas that experienced a lot of overbuilding also saw a lot of out of state investors. And as we have been seeing in the subprime mess areas with lots of investors have seen a lot of foreclosures. The other piece of the picture is job loss. Areas with high rates of job loss see a high level of foreclosure. This is why although areas like Minneapolis-St Paul didn’t see a lot of subprime mortgages we still see a high rate of foreclosures (17.1) with the subprime mortgage that were given out. 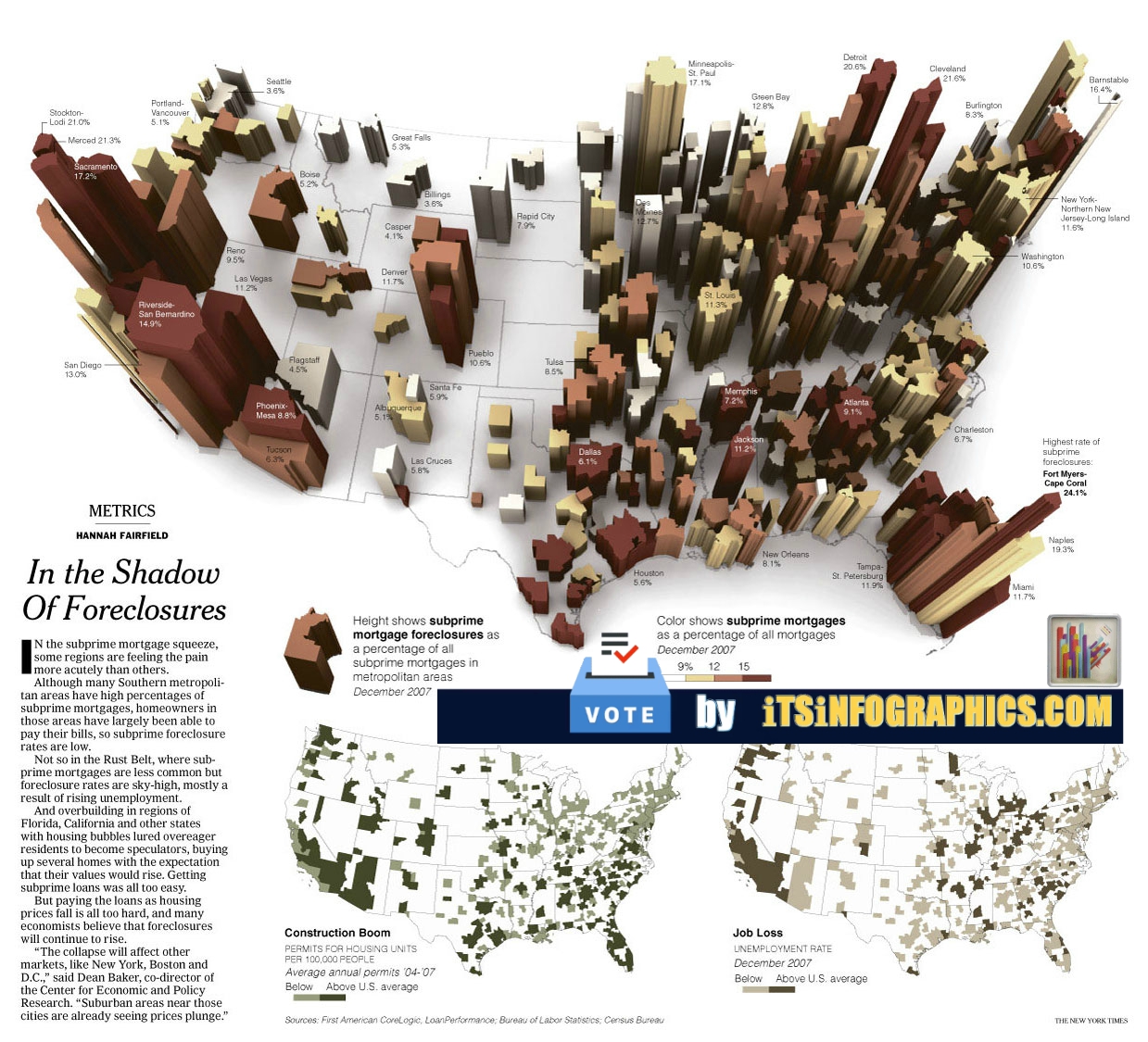 0 0 0 0 0
Previous : Having so much fun making Party Ring infographics! It’s also making me rather peckish ??
Next : The 7 Key Elements to Creating Successful Infographics