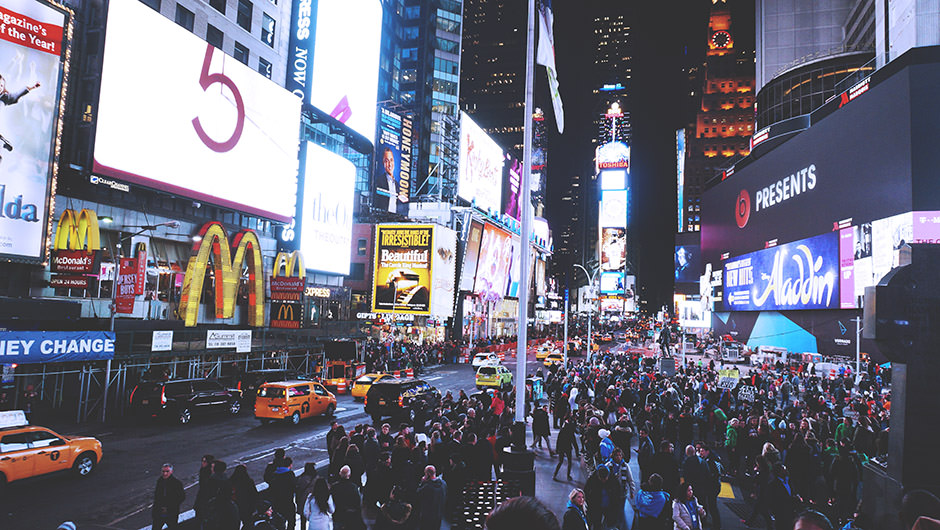 Whether New Year’s Eve in the Big Apple is at the top of  your bucket list, or basically your personal version of Hell, you have to agree that it is home to the biggest and most famous New Year’s Eve celebration in the country. Hundreds of thousands of people flock to NYC every year just to lay eyes on the ball dropping in Times Square.

Dick Clark may be dead, but the celebration he hosted (alongside pretty much every other network based on NYC) is still going strong. If events of this size leave you in awe, it might be fun to know some of the statistics behind them. Likewise, if you’re a data nerd like me, you’re constantly thinking of the numbers involved in such an event.

We can probably only take a guess at how much security is on hand, how many bottles of champagne are popped, or how much the famous ball weighs (there are real answers to these questions, but you’ll have to go elsewhere to find them); however, I can provide you with some other interesting statistics.

The infographic below was created by Birthdays & Bottles, a party planning startup in NYC. They plan parties for young professionals at more than 30 hand-picked and screened venues across the city. Since their love for parties runs so deep, it makes sense that they have an interest in the biggest party of the year.

The tradition of the lighted ball drop dates back to 1907 and since then there have only been two years when it didn’t happen. Both years were during WWII when light restrictions were in place. This year, 44 percent of people said they planned to kiss someone at midnight, while 22 percent said they would already be asleep by that time.

0 0 0 0 0
Previous : How different industries submit invoices to customers [#Infographic]
Next : The science behind the seatbelt [#Infographic]