There’s no denying the gym can be an intimidating place, and it doesn’t help that there’s a whole lexicon of head-scratching phrases to make you feel like you don’t know what you’re doing.

Whether it’s your exercise class instructor barking at you to break into a burpee, or being told to fall into a plank, gym jargon can sound like a whole different language.

But now fitness experts have created a handy chart, taking you through an A-Z of fitness speak, from food and nutrition to exercise manoeuvres. Bulking, burpees and clean eating: the chart takes you through a whole range of mystifying gym jargon

According to the guide, a ‘protein window’ is the best time to eat protein depending on your exercise regime, and a ‘superset’ is doing two moves back-to-back with no rest.

Meanwhile, the mysteriously-named plyometrics refer to simply jumping around, a manoeuvre explained as ‘rapid and repeated stretching and contracting of the muscles, designed to increase strength’.

Other phrases detailed in the chart include bulking – ‘increasing the amount of calories consumed to gain muscle mass’ – and the ‘cutting phase’, which means losing fat to define muscle.

The guide, created by Fitness First, comes as statistics show that women are twice as intimidated about joining a gym as men.

Spokeswoman Kate Toland said: ‘We were encouraged to develop the guide after our research revealed that over a third (36 per cent) of the nation has found themselves in conversations about health and fitness where they’ve pretended to know what’s being discussed.’

The study also showed that AMRAP, WOD, DOMS and Plyometrics are the nation’s most misunderstood terms when it comes to health and fitness lingo.

Glutes, good fats and HIIT (high intensity interval training) are just some of the phrases explained in the chart

According to the chart, plyometrics involve rapid and repeated stretching and contracting of the muscles

As well as the chart, they’ve also developed a whole glossary of fitness terms to ensure you’ll never feel like a fool at the gym again.

Agility The ability to be quick and graceful in multiple directions.

BMI Body Mass Index is a measure of body fat based on an individual’s weight in relation to their height. An ideal BMI is 18.5 – 24.9.

Burpee Full body exercise. Place hands on the ground, jump legs behind you, immediately jump back in then jump into the air with arms above your head

Cardio Short for cardiovascular and is any exercise which increases your heart rate.

Did you know there is a correct time to eat protein? It’s called your ‘protein window’ according to Fitness First

Two moves back-to-back with no rest constitute a ‘superset’, while a ‘yogi’ is someone who loves yoga

Cutting phase Decrease calories and increase cardio to shed excess fat gained when bulking. The aim is to allow muscle definition to show.

Deadlift Lifting a weight from the floor whilst standing, this exercise is great for lower back, glutes and hamstring strength.

DOMS That shore feeling two days after a workout.

Donkey kicks Start on all fours and bend one knee by 90 degrees then lift knee to hip level and lower without touching the floor.

Drop sets Completing multiple sets of the same exercise by reducing the weight each time, with no rest in between. 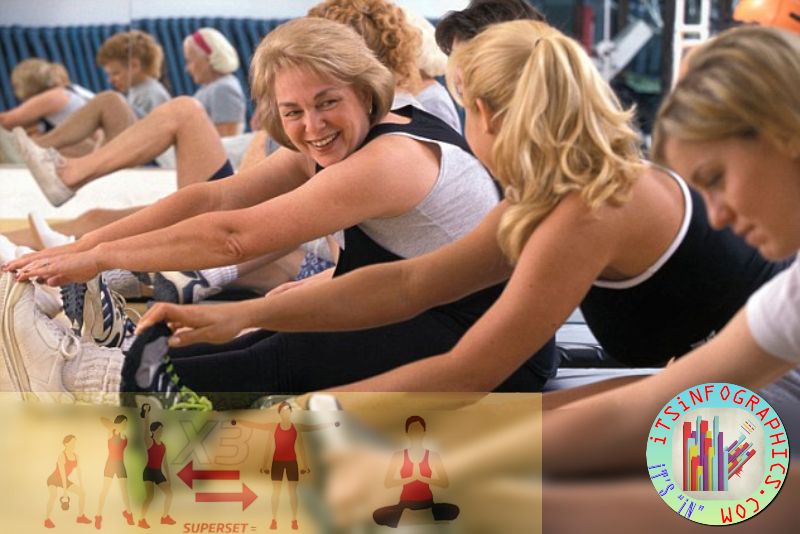 Calisthenics, fire hydrants and downward dogs are all explained in the fitness jargon-busting guide

Fire Hydrant An exercise which works the legs and bottom – the movement resembles a dog urinating on a fire hydrant. Free weights Includes dumbbells, barbells and weight plate machines.

Jumping Jack Start from a standing position, then jump, shooting arms and legs outwards mid-air, and land with feet together.

Kettlebell A cast-iron weight which looks like a cannonball with a handle.

Lactic Acid Lactic acid is produced when you work muscles hard. A build up of this normal by-product is what causes your muscles to fatigue during a workout.

Maintaining form Keeping the correct technique when performing an exercise.

Mountain climbers A press up position while bringing each knee as closely to the chest as possible.

OCR Obstacle course racing – an alternative to running a marathon – think military training! Plank Lie flat and hold yourself on your toes and elbows for as long as long as possible.

Plyometrics An exercise that involves rapid and repeated stretching and contracting of the muscles, designed to increase strength According to a study by Fitness First, 36 per cent of us pretend to understand fitness jargon

Prowler A heavy metal sled which is pushed or pulled to build muscle strength, power and speed.

Spinning An indoor cycling exercise class focusing on cardiovascular fitness, endurance and strength. Spiralizer A tool used in the kitchen to turn vegetables into spaghetti.

Squat A lower body exercise used in strength training. The individual bends the knees and shifts hips back and slowly lowers down then stands back up.

Supserset Two moves back to back with no rest

Whey Protein Protein from whey, a by-product of cheese production, used as a dietary supplement in a powder form that is typically mixed with water or milk.

Yogi Someone who loves yoga

0 0 0 0 0
Previous : How To Make An Infographic And Avoid Common Mistakes
Next : World Wine Consumption Facts