There is a huge variation in salary levels among world leaders across the globe. Nobody earns as much as Singapore’s prime minister, though. In office since 2004, Lee Hsien Loong earned an astonishing $2,856,930 from 2008 to 2012 before taking a 28 percent paycut amid public unhappiness. Today his salary still amounts to $1.7 million U.S. dollars. That’s enough to pay the combined annual wage of the leaders of France, Germany, Italy, Japan and the United Kingdom combined.

U.S. President Barack Obama follows a considerable distance behind – his annual salary amounts to $400,000. By international standards, that is still quite high. Canadian Prime Minister Stephen Harper gets paid $260,000 every year, just ahead of German leader Angela Merkel who earns an annual wage of $234,400. 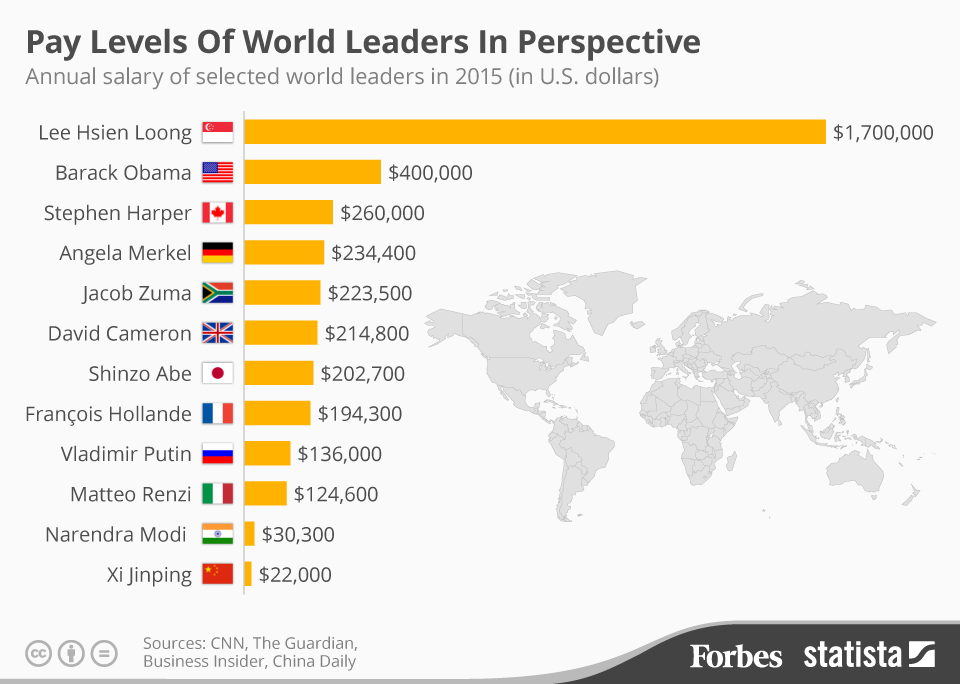 0 0 0 0 0
Previous : How to Grow Your Website Traffic with Infographics
Next : Parents, help your child with math with this!