The 88th Academy Award ceremony has sparked heated debate with accusations that Hollywood has a diversity problem. In a repeat of last year, none of the 25 nominees for the five main categories were black actors, actresses or directors. The African-American community, with historical ties to slavery and segregation, has led civil rights movements for several decades. Oscar-nominated director Spike Lee and actress Jada Pinkett Smith − who are black − will not attend the ceremony. A call to boycott the awards spread over social networks under the hashtag #OscarsSoWhite. Do the Academy Awards favour white over black? To provide our readers with an objective analysis we have represented the stalls of a hypothetical Oscars ceremony bringing together all the nominees in its history for the five major categories(Best Director, Best Actor/Actress in a Leading Role, Best Actor/Actress in a Supporting Role). 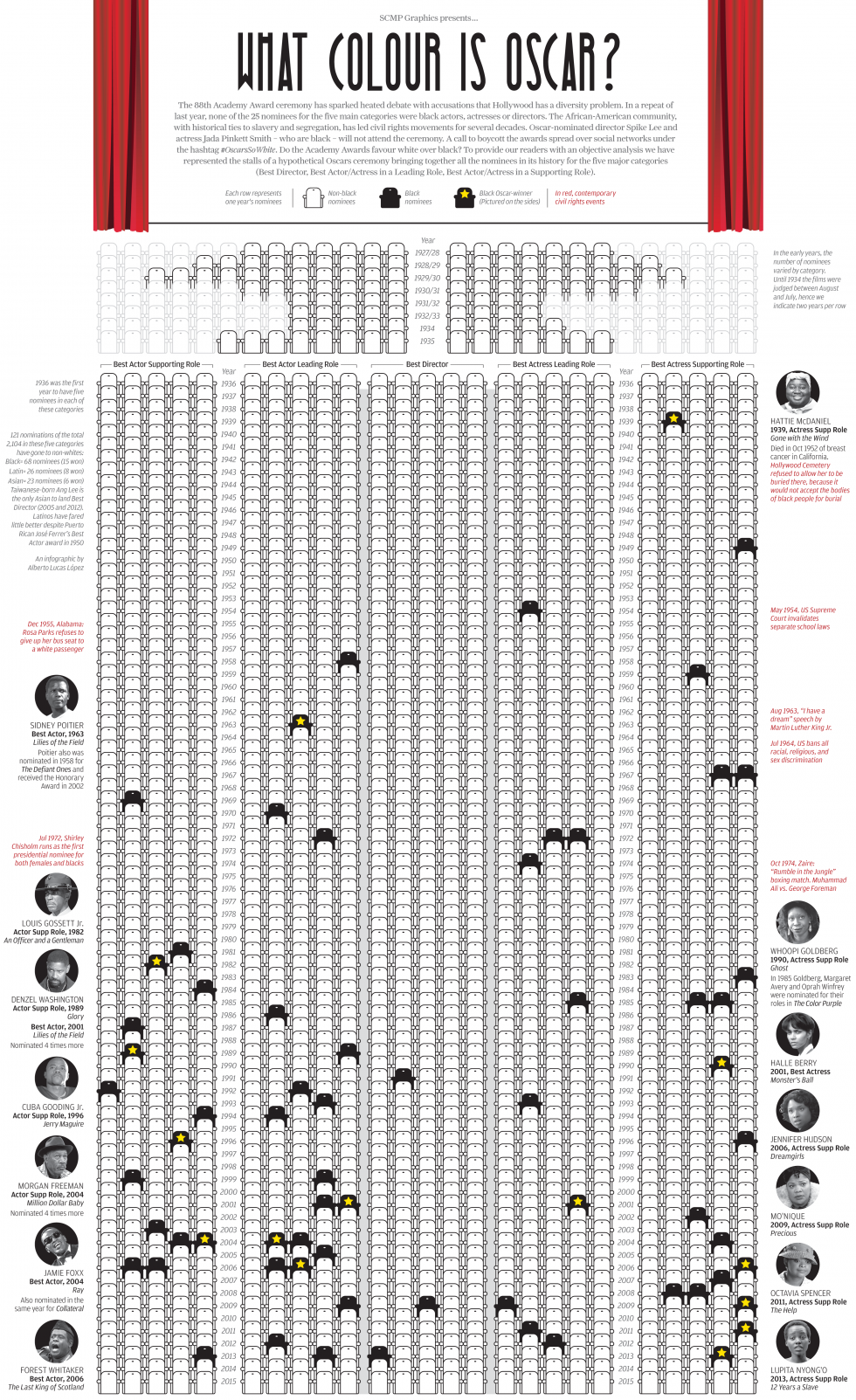 Click to view the full-size infographic in high resolution

0 0 0 0 0
Previous : Foreign Students Studying in USA
Next : Making the Grade: Great Teachers in Our Schools

Hoteliers: How to thrive in the post-digital era

Basquiat: From Samo to Soho to Stardom