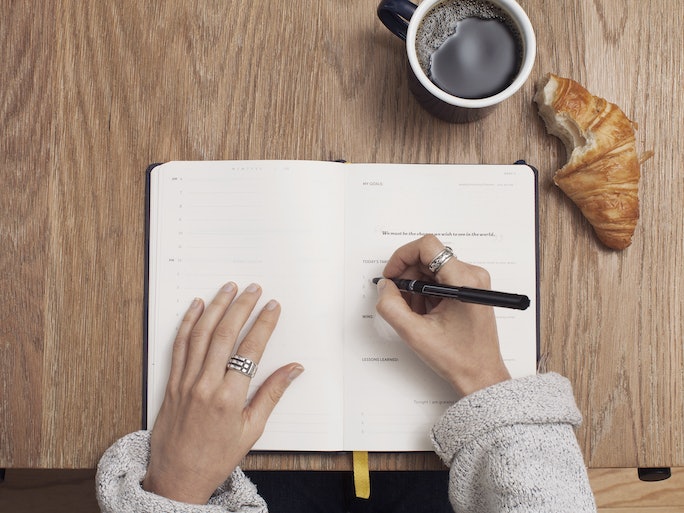 We all love a good infographic, especially when it’s one that purports to reveal something we didn’t hitherto know about ourselves. So, here — have one explaining what your handwriting says about you. Created by the National Pen Company (of course — who better to tell you what your handwriting personality is than the people who make the things you use to handwrite notes and letters in the first place?), it gives a brief yet thorough overview of graphology. Hey, it’s Saturday. Saturday is a great time to spend a whole bunch of time reading up on something weird and interesting. Why not start here?

Worth noting, though: Graphology may not actually be the most reliable measure of personality. The idea that how you write reveals certain aspects of who you are has been around for ages — since ancient times, although what’s considered the first book on graphology, Camillo Baldi’s Trattato Come Da Una Letter Missiva Si Conoscano La Natura E Qualità Dello Scrittore, wasn’t published until 1622 — but there’s virtually no empirical evidence that backs it up. A study published in 2009, for example, a Big Five Personality Inventory questionnaire was administered to a selection of university students who had also provided a sample of their handwriting; however, there proved to be no correlation between the Big Five traits and graphological evaluations.

The biggie, though, is this: In 1992, researcher Geoffrey Dean performed an exhaustive review of a whopping 200 studies examining the validity of graphology, and the results were… not good. First off, a lot of the studies that did net positive results were published a) by graphologists (hi there, confirmation bias), and b) not in reputable, peer-reviewed journals. And second, the ones that were published in peer-reviewed journals showed no correlation between personality and handwriting. Barry L. Beyerstein, Ph.D. delves into Dean’s review along with a whole bunch of the rest of the research on graphology out there on Quackwatch — it’s well worth a read if you’re into that kind of thing. (I am, of course, but then, you’ve probably already figured that out by now).

So why do we always feel like graphology works, even if there’s no evidence that it does? As this paper available in the CIA library points out (did you know that the CIA’s website has a library of documents that have been released to the public? They do, and it’s fascinating), it probably has something to do with “the Barnum effect.” So named for showman P.T. Barnum (of “there’s a sucker born every minute” fame — on top of, y’know, the large and successful circus that bears his name), the Barnum effect refers to our tendency to accept things like character assessments as true, even when there’s nothing to actually support them. What can I say? We like reading about ourselves, because in our heart of hearts, we’re all a little bit narcissistic.

At the end of the day, this whole “what your handwriting says about you” thing is probably more like astrology or numerology than personality science: fun, but not something to live your life by. Still, though — if you’re curious, you can try applying the infographic below to your own handwritten scrawl.

Just take it with a grain of salt.

Modern Music And Its Jazz Roots

How to Use Infographics to Boost SEO and Build Links

Learn why trust matters in business

Anatomy Of An Urban Youth

Why You Should Spend More Time On Your Face

For People Who Hate Blind People?

How To Measure Your Penis? [Infographic]

Maximising the impact of your medical science work using infographics

Where Is All The Gold From Fort Knox?

11 Ways to Have a Productive Commute to Work

Elements of a Creative Pitch

The Benefits of Fasting, and What Happens to Your Body When You Don’t Eat for 16 Hours

Get Your Garden Ready For Summer [Infographic]

Is Hoarding A Real Illness?

The Ultimate Guide to Good Posture

Reasons Why We Update Our Apps

How the Best Content Marketers Use Infographics to Boost Brand Exposure

The Ultimate Guide to Burritos [#Infographic]

What’s Happening to B2B on Mobile?

8 Entrepreneurial Skills You Should Teach Your Kids [#Infographic]

Are You Sure Those Are The Right Glasses For You?

Halloween Spending At An All Time High [#Infographic]