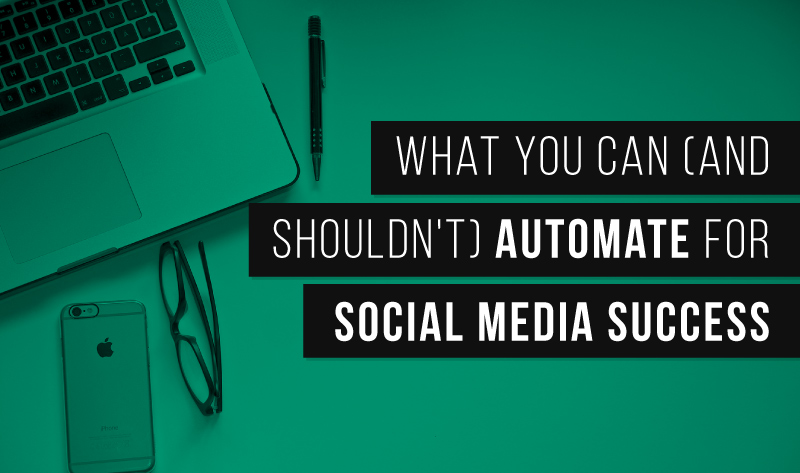 In reality, this aspect should be taken into consideration that social media automation is actually dependent on different elements and these elements are mentioned as follows:

There is no point of denying this attribute that content is becoming an important element by which social media automation could be performed in the right direction. At the same time, this is a crucial aspect to consider that it takes a lot of courage and hard work to develop content according to your own requirements or demands. During this phenomenon, managers are required to evaluate as well as improve the quality of content so that they can obtain required deliverables later on.

For the sake of automating social media content in the right manner, being a social media manager you are supposed to act in a proactive manner. For that reason, the Dos and Don’ts of social media automation are discussed below:

What you can automate

This is one of the most influential ways of automation because at times this aspect has been observed that professionals do not spend enough when they are on leave or busy. Therefore, during these situations [tweet_dis]you are needed to update your social media activities as much as possible because social media does not go for vacations at all.[/tweet_dis] In this concern, you have to [tweet_box design=”default”]be a bit more proactive in your approach as you can plan your social media messages in advance so that you are able to influence the target audiences in an efficient manner.[/tweet_box]

2. Have you ever tried to fill social media content chart

Being a social media strategist it is your prime responsibility to go through or examine the organization’s social media pages in order to make sure the pages have enough quality content. In this concern, you will have to plan in a way so that you could easily view your scheduled social media messages for a week or month quite easily. This is the way through which you will be able to fill the gaps between posts to a certain extent.

The social media automation does not mean that there is no need for human involvement in the process of automation. The social networks are actually organized and monitored by different individuals therefore, it is better to include your own flair and style so that the content should not be assumed as generic. At, the same time it should not be perceived as robotic as well and for that reason you are highly recommended to allocate the appropriate amount of time in order to develop your own style in scheduled messages.

What you should not automate for social media success

4. You should not schedule engagement

In simple words, it can be assumed that you should not automate your engagement because social media channels are considered as those platforms where interaction is performed simultaneously. This is crucial to understand this aspect that people want to communicate with the real people, therefore, you are supposed to provide your response to reality. For that reason, it becomes necessary for you to respond your target audiences with your own thoughts and ideas. People actually do not like to get a response through schedule engagement or with the help of third party involvement.

5. You should not forget to evaluate your scheduled messages

This is another tactic that should not be underestimated by the professionals because [tweet_dis]at times it is better to observe the performance of schedule messages in real time.[/tweet_dis] Therefore, this is the way by which you will be able to make timely adjustments in the desired way. There are so many ways that can be applied in order to track the performance of your posts in a real manner. These tools could be considered in the form of social media analytics tools in which you will get an idea about your social media automation efforts in a great way.

6. You should not forget to read articles that are being automated

There is another way of conducting the process of social media automation in a desired manner and this way can be easily applied with the help of RSS/Atom Feeds. In reality, RSS feeds do support the phenomenon in which articles are sent automatically and at the same time you are allowed to follow the social networks to which the feed is attached. This is one of the most beneficial ways of developing your content so that it can be easily published on different social networks.

In order to attain the best deliverables in this scenario, you are strongly recommended to incorporate your RSS feed strategy with the tactics of every social network. In these situations, it is highly advisable that you should always check sent posts in order to remove any unwanted messages in a timely manner.

0 0 0 0 0
Previous : The Rising Cost of the Olympics
Next : The Liberalization of TV