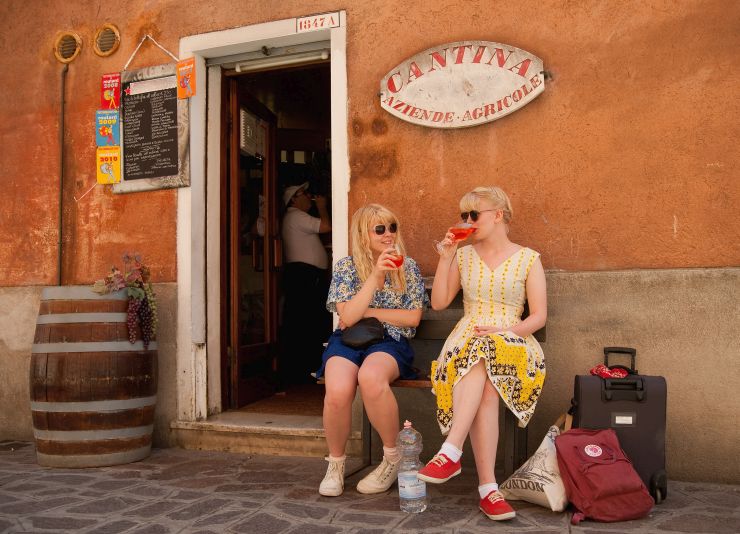 A survey was released this week that revealed the differences and similarities between #female #travellers in #Canada & #USA. Females make up 90% of the #travel decision makers. What do women want?

The answer to the age-old question is particularly important to travel industry officials, who say 90 per cent of travel decision-makers are female.

“Their perspectives help define the leisure travel industry,” said Dorothy Dowling, Best Western’s senior vice president of Marketing and Sales.
The company released a survey this week, which revealed some differences and similarities between female travellers in Canada and the U.S. — right down to the way they view the selfie. In case you were wondering, only about 42 per cent of female Canadian travellers reported taking one while travelling, compared to 67 per cent in the U.S.

“We also know that 92 per cent of vacation travel is influenced in the household if there’s young children. So they are having a tremendous impact on the female decision-maker,” Dowling explained at a travel summit in Toronto on Thursday.

That, in turn, can affect hotels’ marketing decisions, making it more appealing for them to partner on promotions with Disney, for instance.

When it comes to booking a trip, more than half of Canadian women check reviews on TripAdvisor, compared to only 39 per cent of American women.

Women in both countries worry about losing personal items and personal security when travelling. That said, those in the U.S. tend to be a bit more concerned about these things than Canadians. They’re also more prone to have their cellphone on them at all times. Canadians, on the other hand, are more likely to leave their valuables in a locked safe.

Canadian females, on the other hand, are slightly more varied in what they like to indulge in, including activities and excursions, eating out and hotel room upgrades.

Here’s a snapshot of some of the other key differences in travel habits of women in Canada and the U.S.: 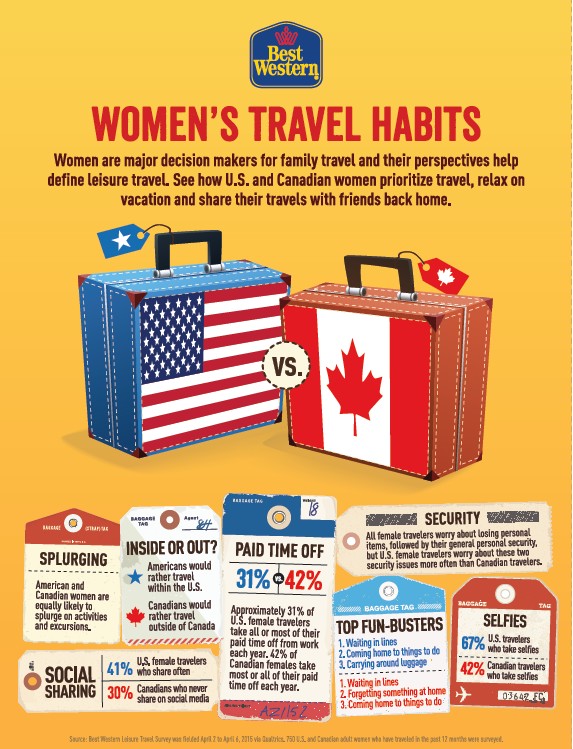 0 0 0 0 0
Previous : More Visual Communication: The Next Step in Marketing
Next : The TYPICAL places we USUALLY spend life… Where will you spend yours?

Anatomy Of An Urban Youth

Why You Should Spend More Time On Your Face

For People Who Hate Blind People?

How To Measure Your Penis? [Infographic]

Maximising the impact of your medical science work using infographics

Where Is All The Gold From Fort Knox?

11 Ways to Have a Productive Commute to Work

What’s Happening to B2B on Mobile?

Elements of a Creative Pitch

How the Best Content Marketers Use Infographics to Boost Brand Exposure

The Ultimate Guide to Burritos [#Infographic]

8 Entrepreneurial Skills You Should Teach Your Kids [#Infographic]

Are You Sure Those Are The Right Glasses For You?

Modern Music And Its Jazz Roots

How to Use Infographics to Boost SEO and Build Links

Learn why trust matters in business